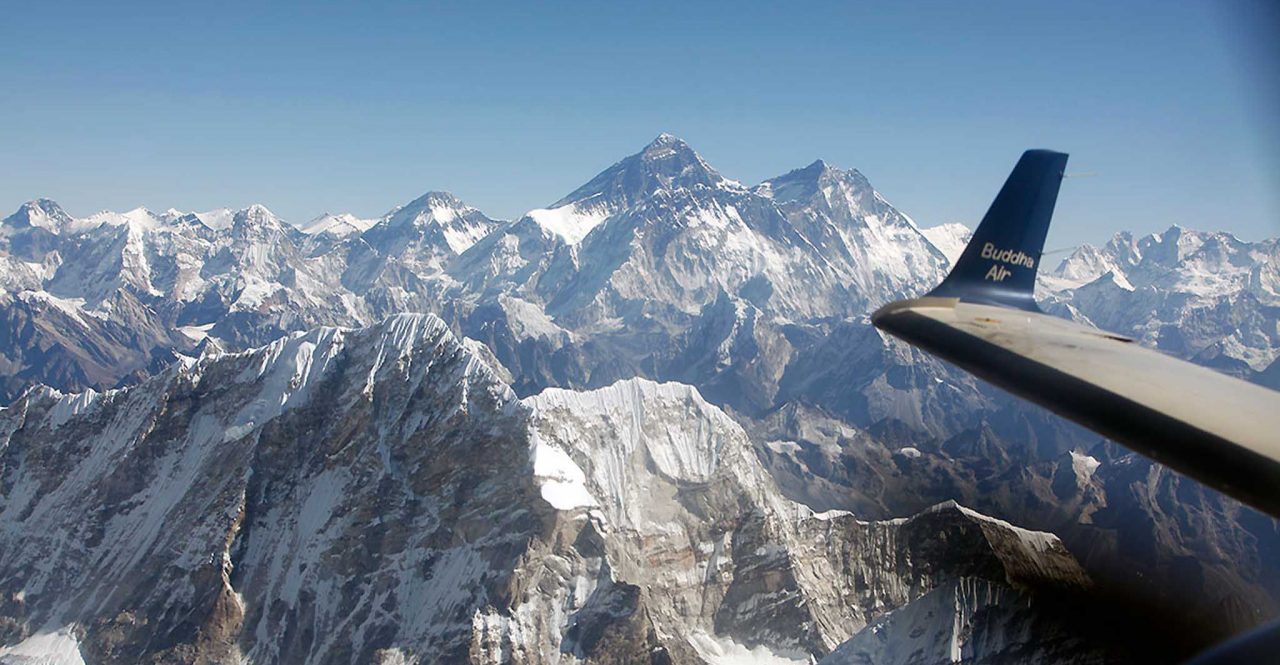 Awe-stricken silence is the best way to describe going on a mountain flight to encounter the tallest mountains of this earth. No wonder mountain fly-by has become a popular tourist attraction in Nepal.

Four airlines offer regular flights into the snow-capped peaks of the Himalayan mountains. Mountain flight appeal to all category of travelers. For those who are restricted by time or other considerations from going trekking, these flights offer a panoramic view and an up-close feel of the Himalaya.

Travelers take off from Kathmandu in the early morning for an hour’s worth of spectacular mountain scenery. As the aircraft lifts up and heads towards the east, passengers don’t have to wait long to find out what’s in store for them. The mountain flight takes one hour altogether.

Description of few Mountains that can be seen from the Mt. Flight: –

The first mountain, which can be seen, is Langtang. The valley of Langtang, which is not visible from the mountain flight, is considered to be the most beautiful in the whole Himalayan region.

The mountain lies on the Nepal – Tibetan border. Tibetan name for this mountain is Shisapangma. She is related with many Hindu Mythologies especially of Shiva.

This mountain has a Tibetan name, which means «the mountains of many sacred Thunderbolts». This mountain is considered to be holy mountain for Buddhists and climbing permission was given only in 1964, and it was not climbed until 1981.

This single mountain has two peaks and also has two names together because the Hindus believe that the mountain looks like the pair of Gods Shiva and Gouri. This holy mountain was restricted till 1977 for the climbers. It was only in 1979 that an American – Nepal group reached the summit.

As this mountain lies to the south of Everest, name given by the Sherpas is Lhotse, which means» South Peak». The first ascent of this mountain took place in 1956 by the Swiss.

This Mountain was discovered in 1852 and is the highest mountain of the world, is named after Sir George Everest, and English surveyor. Sagarmatha, top of the universe, is the name giver by Nepal which means, «mother of the world» and Qomolongma in Tibetan. Sir Edmund Hillary and Tenzing Norgey Sherpa were first to climb Everest on May 25, 1953. As a coronation gift to Queen Elizabeth.