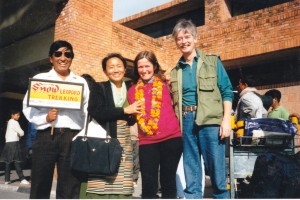 Snow Leopard Trek Pvt. Ltd. is a fully established adventure tour company in operation since 1985. Snow leopard Trek’s office is based in Kathmandu, Nepal and it operates in the field of trekking, mountaineering, religious and cultural trips, sporting activities, special interest programs, incentive and city tours in the various Himalayan regions of Nepal, Indian, Bhutan and Tibet. We strictly adhere to the principles of eco-trekking. Thus, this company is the only agency in Nepal to receive the coveted «Abraham Conservation Award.» – given to a tourism agency in Nepal (on 5th June 2000) by World Wildlife Fund (WWF).

Snow Leopard Trek is managed by a team of 25 full time professional Sherpa mountaineers, guides and other field and administrative staff who receive regular training in courses related to mountain tourism services such as selection of tourism destinations, trekking routes, management of outdoor camps, eco-trekking and responding to high altitude sickness and its treatment and simple first aid. Of course, safety issues concerning our porters and high altitude mountain guides are one of our prime concerns. 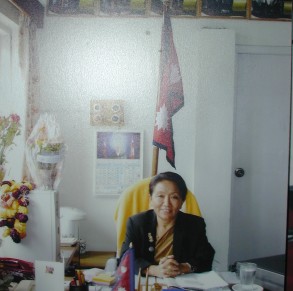 Emphasis is given in preparing meals with special attention to health, hygiene and sanitation during trekking. All vegetables, fruits and utensils are treated before preparation and consumption. All Water is boiled and filtered.

Snow Leopard Trek is run by a family of Sherpas who have been engaged with the mountaineering and trekking trade for almost three decades. Owner and Managing Director, Mrs.Yankila Sherpa has a high repute in the trekking industry. Yankila Sherpa has been associated with the Trekking Agents Association of Nepal (TAAN) – the national body of trekking agencies in Nepal with around 1300 tourism entrepreneurs as its members. She was elected unopposed to the position of the President of TAAN (1996 till 1998) when the TAAN body consisted of 99% male tourism entrepreneurs as its members. At present she is still an advisor of the TAAN executive body.
As a pioneer trekking company in Nepal, Snow Leopard Trek shares the responsibility of being a pathfinder in terms of promoting activities related to corporate social responsibility. In that respect, and mindful of the phenomenal changes taking place in both the global and the local spheres, Snow Leopard Trek has chosen to focus its socially responsible activities in the fields of environment awareness building, promotion of microenterprises, education, culture preservation and health.

Nepal’s mountain ecology has been adversely affected due to increasing population, increasing demand for natural resources and random deforestation. Increasing environmental problems alsonegatively affect public health, biodiversity, livelihood and the economy at large. The other area of concern is the impact of climate change in the livelihood of the Himalayan people. Snow Leopard Trek takes it as its corporate responsibility to contribute its share in ecotourism through the following projects: 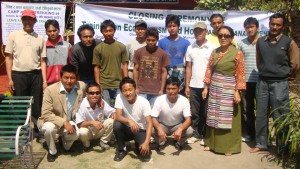 I) Eco Trekking Workshops: Since 1996, Snow Leopard Trek has been conducting in-house Eco- Trekking workshops on a regular basis for all our field staffs. Our staff is trained in issues related to
basic environment awareness and its application based on keeping the trails clean, separation of biodegradables from non biodegradables, training tea house owners on the trails on importance of environment protection and encouraging our customers to minimize their carbon footprint. Snow Leopard Trek has also conducted Eco Trekking workshops for others involved in the tourism industry so that the necessity for ecological trekking is urgently felt.
Our Managing Director, Yankila Sherpa was directly involved through TAAN in one of the most successful environmental projects in Nepal, which is the development of the Annapurna Conservation Area and the building of sustainable development villages along the tourism trails. 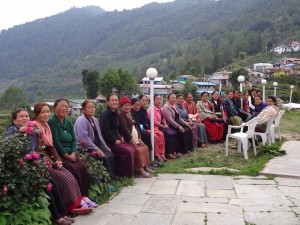 II) T-HELP: From 2008 till today Yankila Sherpa has been involved as the Vice President with another non-profit organization called Trans Himalayan Environment and Livelihood Program (T-HELP) Nepal, which has its network spreading beyond and across the Northern Himalayan belt that
includes Nepal, Bhutan, Ladakh and Tibet, who share similar environment and cultures. T-HELP, Nepal works on environmental issues and is committed to livelihood improvement of the Himalayan and hilly regions. In affiliation with T-HELP, Snow Leopard has currently been running project programs to address the major issues related to tourism and tourism areas as mentioned above.

The project programs of T-HELP/Snow Leopard aim to develop and promote sustainable Energy for Environmental Promotion and income generation through empowerment of women, low income groups and disadvantaged communities.

The main objectives of the projects are to:

• To meet the energy demands without pressuring the natural resources and promoting alternative energy in the changing environments and climatic conditions.
• To develop and promote adaptation strategies to the changing climate for women and disadvantaged communities,
• To promote sustainable and clean environmental conditions,
• To promote income generating activities in the project areas,
• To empower women, low income groups and disadvantaged ethnic minorities.

Snow Leopard’s MD Yankila Sherpa has been involved with the Women Entrepreneurs Association (WEAN) since 1990 and was founder of the Federation of Women Entrepreneurs Associations of Nepal (FWEAN) in 2003. (FWEAN), a non profit, non government organization comprising of women entrepreneurs who share a common vision of helping other less privileged women to become entrepreneurs by providing skill training, micro credit and marketing skills. Helping the poor and illiterate women of the remote mountain regions of Nepal to become financially independent gives Yankila a great sense of satisfaction as she is not only a successful tourism entrepreneur but is also involved in helping other poor women of the remote villages of Nepal.

While Yankila was the President of FWEAN, she was successful in garnering financial support of UNHCR, and was in charge of running various incomes generating program for the refugees living in the Bhutanese refugee camps situated in south-eastern Nepal. 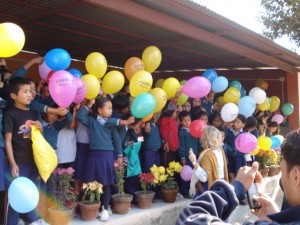 Snow Leopard Trek takes pride in being an ardent supporter of the literacy for all campaign. As part of this drive, Snow Leopard Trek uses part of its proceeds to support the Alpine Valley School in Kathmandu, Nepal that provides high quality scholarship education to marginalized mountain children. Currently, Snow Leopard’s Executive Director, Mr. Samden Sherpa is also the General Secretary of Cunina Nepal, a non for profit organization that sponsors scholarship education for more than 900 mountain children. 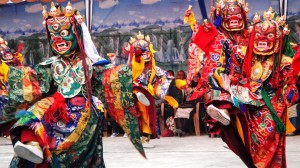 with growing population and external influence could be negatively affected. Hence, an important area of Snow Leopard’s program is promotion and preservation of indigenous local cultures and heritage sites. We run trips to promote festivals such as the Mani Rimdu, the Tiji festival, the Janai Purnima festival and various other festivals of Nepal. Snow Leopard Trek promotes restoration of heritage sites and encourages the sponsorship of education of monks in the village monasteries of Solukhumbu. Its sister organization, Cunina Nepal is currently involved in educating 25 monks in the Chewong Monastery in Phaplu. 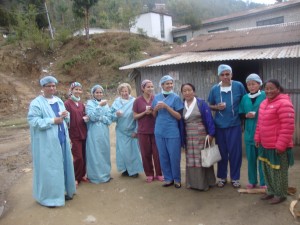 Snow Leopard Trek along with its sister organization, Cunina Nepal conducts regular health camps for people who cannot afford health care. In September 2010, we will be organizing a health camp for the people of the mountain district of Sankhuwasabha. This opportunity will provide our American doctors with not just an experience into adventure tourism but an opportunity to offer their specialized services to people deprived of health care.

In 2008, Snow leopard Trek also organized a mega event of 300 primarily German and other European Doctors in Nepal. The event was to share the medical experiences of the east and the west. Organizing such a mega event not only promotes tourism in Nepal but the knowledge that is generated in such a mega conference turned out to be highly beneficial for local doctors. 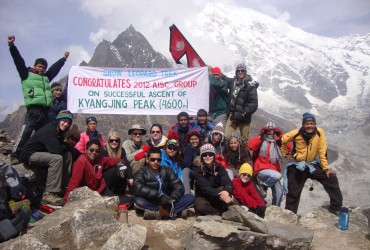 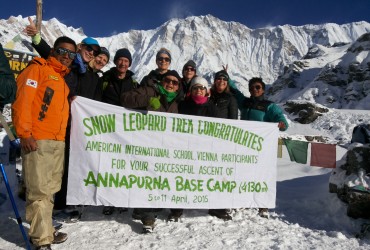 Snow Leopard also takes pride in hosting several incentive tours. One of the incentive groups to note is the seminar on Cross Border Tourism between India, Nepal, China and Pakistan conducted by Snow Leopard in mountain district of in Nepal. The event was organized by ICIMOD and all logistics was managed by Snow Leopard Trek. We hope that such a high level meeting of tourism entrepreneurs, policy makers and beuracrats will provide the vision for responsible tourism in the future. 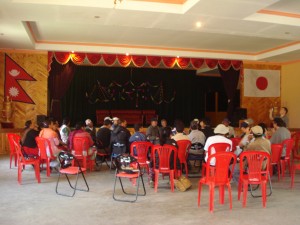 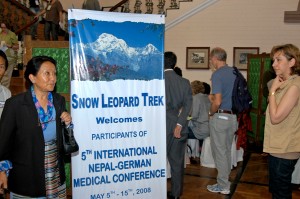 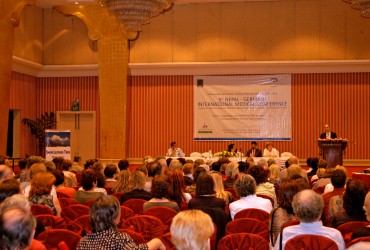