After the terrible earthquakes of April and May 2015 which killed 8,702 people in Nepal and hundreds of thousands of people were made homeless, Snow Leopard Trek has been aggressively involved in its corporate social responsibility to help in the rehabilitation and then sustainable livelihood programmes of the survivors in the effected villages. Our MD Yankila Sherpa as the vice president of Trans-Himalayan Environment and Livelihoods Programs (T-HELP) Nepal during the last 6 months has been actively contributing her services towards the EQ victims in Harishiddhi and Badegaun villages of Lalitpur and Sipadole village in Bhaktapur district. She helped raise the funds and with the funds Snow Leopard Trek received from its clients and well wishers, she along with other T-Help members has helped to build semi permanent shelters for the survivors. To promote sustainable livelihoods has been another important mission. Income generating trainings in farming and briquette making and mushroom growing and trainings on biopesticides and vermin compost has been conducted for nearly 60 people in the 3 the villagers. Mrs. Sherpa played the key role in the entire project from fundraising to the implementation of the entire programme. 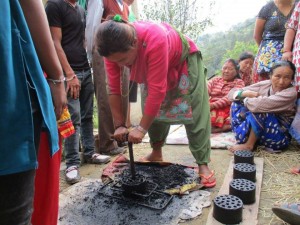 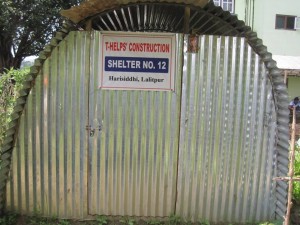