Yankila Sherpa is from Olangchung gola—one of the most remote villages of Eastern Nepal. She is amongst the first women to get a university level education from her region as well as from her community. She feels privileged to have gotten a University education and has dedicated her life to give back to the mountain communities. She see tourism as a medium to uplift the economic standard of mountain communities, to empower its people and especially the women. Yankila has spent over twenty-five years advocating for sustainable and responsible tourism and for the cause of women empowerment.

In recognition of her contribution to the field of sustainable and responsible tourism and women empowerment, Yankila was nominated as State Minister for Culture, Tourism and Civil Aviation in the year 2005/2006. Before that, she was also nominated as Member of Parliament (MP) of the Upper House (National Assembly) of Nepal from 2001 till 2006. Representing women and remote regions, she strongly lobbied for the development of mountain regions, besides promoting conservation and sustainable tourism and women’s economic empowerment.

Yankila is a recipient of several national and international awards for her outstanding contribution in the field of sustainable and responsible tourism and women empowerment. She has been awarded the prestigious Abraham Conservation Award by World Wildlife Fund (WWF). She has also been awarded with the “Priyadarshani Award” as the Outstanding Woman Entrepreneur of Nepal of 1999 by the International Summit in New Delhi / India in the year 2000.

Back To Team page 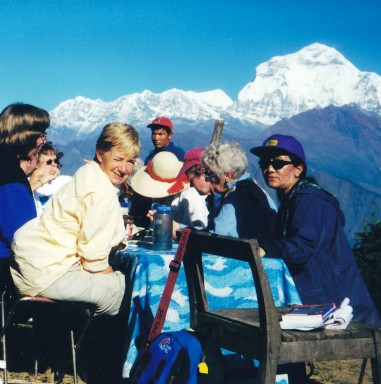