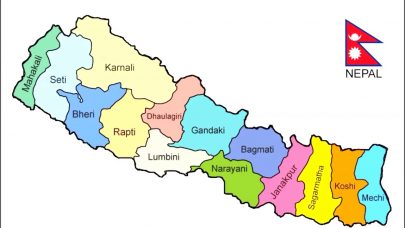 Within this spectacular geography is also one of the richest cultural landscapes anywhere. The country is a potpourri of ethnic groups and sub-groups who speak over 93 languages and dialects. Nepal offers an astonishing diversity of sightseeing attractions and adventure opportunities found nowhere else on earth. And you can join in the numerous annual festivals that are celebrated throughout the year in traditional style highlighting enduring customs and beliefs.

The most exhilarating titles with which Nepal has been admired and praised by various renowned travel writers in recognition of her cultural richness :

Nepal is located in South Asia between China in the north and India in the south, east and west. While the total land area is 147,181 sq. km including water area of the country that is 3,830 sq. km. Nepal falls in the temperate zone north of the Tropic of Cancer. Nepal’s ecological zones run east to west about 800 km along its Himalayan axis, 150 to 250 km north to south, and are vertically intersected by the river systems. The country can be divided into three main geographical regions: Himalayan region, mid hill region and Terai region. The highest point in the country is Mt. Everest (8,848 m) while the lowest point is in the Terai plains of Kechana Kalan in Jhapa (60 m).

Similarly, the central region contains 66 percent of the total endemic species followed by western (32 percent) and

eastern regions (29 percent). Nepal’s wildlife belong to the Palaearctic and Indo-Malayan realms. The 136 ecosystems is confined to 11 bio-climatic zones and 9 eco-regions that are defined by ecological features, climate and plant and animal communities. The endemic fauna are: Himalayan field mouse, spiny babbler, Nepali kalij, 14 herpetofauna, and six types of fishes. Wildlife also include like endangered animals like the Royal Bengal tiger and the one-horned rhinoceros. Nepal is home 850 species of birds and more than half of these are found in the Kathmandu Valley.

The natural resources of Nepal are water, hydropower, scenic beauty, quartz, timber, lignite, copper, cobalt and iron ore. Vast expanse of land in the country is used for agriculture with about 16 percent of total arable land.

The population of Nepal was recorded to be about 26.62 million according to a recent survey done by the Central Bureau of Statistics, Nepal. The population comprises of about a 101 ethnic groups speaking over 92 languages. The distinction in caste and ethnicity is understood more easily with a view of customary layout of the population. Though, there exist numerous dialects, the language of unification is the national language, Nepali. Nepali is the official language of the state, spoken and understood by majority of the population. Multiple ethnic groups have their own mother tongues. English is spoken by many in Government and business offices. It is the mode of education in most private schools of Kathmandu and some other cities.

Nepal was declared a secular country by the Parliament on May 18, 2006. Religions practiced in Nepal are: Hinduism, Buddhism, Islam, Christianity, Jainism, Sikhism, Bon, ancestor worship and animism. The majority of Nepalese are either Hindus or Buddhism. The two have co-existed in harmony through centuries.

Authentic Nepali taste is found in Newari and Thakai cuisines. Most Nepalis do not use cutlery but eat with their right hand.The regular Nepali meal is dal (lentil soup), bhat (boiled rice) and tarkari (curried vegetables), often accompanied by achar (pickle). Curried meat is very popular, but is saved for special occasions, as it is relatively more expensive. Momos (steamed or fried dumplings) deserve a mention as one of the most popular snack among Nepalis. Rotis (flat bread) and dhedo (boiled flour) also make meals in some homes.